Writing a novel – Inspiration – where’s it come from? 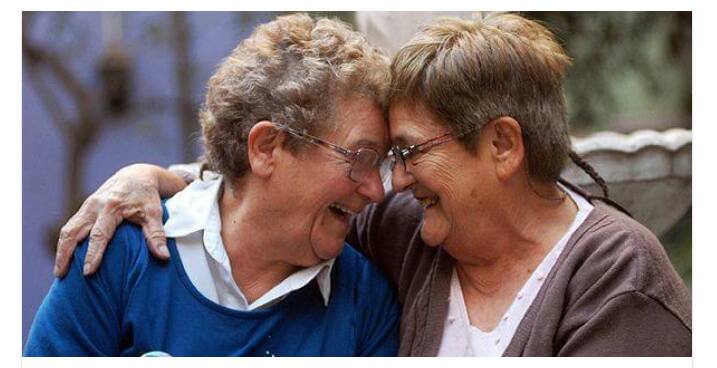 I spotted the photo on Facebook. The caption below it called for marriage equality. The image sent my mind buzzing with ideas. I’d never written fiction before, but a story was forming in my mind. I called it, The Maiden Aunts.

‘Spinsters’ and ‘maiden aunts’ were words from my childhood, fifty plus years ago. They were used for unmarried women who live together; women who were unable to attract husbands, so it was said. Were many of them in fact lesbian couples living contented lives? I wondered.

I named them Bess and Anne and gradually I fabricated a life for them. They were seventy-five, one an artist and one a lawyer. I gave them family and friends. I decided on their looks, their personalities, their likes and dislikes and idiosyncrasies.

Where would they live? Where had I enjoyed living? I gave them homes from my life experiences. They were born on cattle properties outside St George, Queensland. I’d lived there for four years from 1978. They went to boarding school in Toowoomba. And they lived in Sydney, places a couple of hours drive from Sydney and also in Paris. I love Paris, so Bess and Anne love Paris too.

So what was going to happen? Awake or asleep my mind buzzed with story ideas. Love, lust, infidelity, separation, reunion, death, suicide, joy, sadness, and of course a big dose of secrets.

You’re not a writer until you write. I set myself a target of writing 1,000 words a day. I started on the 1st July,2017 and eighty days later the first draft of the book was finished. I’ve been checking and rewriting for about a month now and the 2nd, 3rd and 4th draft have been completed.

It started with the photo and then it took off. I drew on a life time of experiences; people I’ve met, places I’ve lived and ideas I’ve gleaned from media in all its forms.

What inspires you to write or dream? Let me know.

NEXT WEEK-  Writing a novel – Inspired by people.